From August 13 through September 11, I traveled to 6 different cities across Europe and didn’t take a single vacation day. With Google’s 4-week work-from-anywhere policy, I considered this trip a proof-of-concept on future non-vacation travels, and I’m pleased to say it proved to be an overall success. And how could it not be? Even if work had been a struggle, I visited 6 cities, 5 of them new to me! That’s a success by itself. Thankfully, work was on average the same amount of struggle that it normally is, which is a variable but ultimately manageable amount of struggle. Here’s what I learned about the experience of working while traveling.

Previously I’d been working alone in a 400 sq. ft. studio apartment, 10 steps away from my bed and my kitchen. I’m not the sort of person who’s tempted by my bed in the middle of the workday, but there’s something to be said for having work and relaxation physically separated. A studio apartment leaves very little literal space for compartmentalization. In Madrid, I didn’t have a particularly large space, but I did have a bedroom that was separate from the dining room table where I did the majority of my work, and even had a third space (a glorified closet with a desk inside) to take calls from. I’m drawing causality from correlation here, but I think having a workspace that was separate both from the bedroom and the kitchen made a positive difference in my physical and mental wellbeing and, as a consequence, my productivity.

More than the ability to better mentally compartmentalize thanks to a physically separated work space, the [more] ideal work atmosphere was made possible by the presence of my college roommate with whom I was staying in Madrid. She’s arguably a more dedicated and tireless worker than I am, and I naturally fed off of her focus. Working alongside someone makes focusing almost effortless 90% of the time, and the other 10% of the time it’s easier to hold myself accountable and will myself to focus despite the effort.

I think when you’re working in a room with someone who is also working, there are a few factors at play that make it easier to focus: One is the social pressure of focusing; because I value hard work, and I see my friend working hard, I have no excuse not to do the same. On a similar note, working alongside an ambitious individual is inspiring; I strive to be like the hardworking person right in front of me more than I aspire to imitate the distant ideal. A third and still similar reason has to do with the idea,

If a tree falls in a forest and no one hears it, did it really fall?

If I’m alone in my own apartment and the only thing I’m recognized for is what I put out into the ether, all of the other work feels much less meaningful, even if I know it’s building up to the work that will eventually be seen. If someone is watching the process, that same work has meaning. The meaning I find in my work doesn’t even require that my team be the one recognizing what I’m doing; it doesn’t even matter if my friend is paying attention to the fact that I’m working. All that matters is that there’s another human to remind me that the work I’m doing has a recognizable existence beyond myself. It ties into one of the things I’ve struggled most with as a COVID Noogler, which is the absence of in-person interaction, and consequently, in-person recognition. I enjoy getting a “congratulations” or a “well done” over email, chat, or video, but nothing is as concrete as someone looking you in the eyes and recognizing the work you’ve done. As social creatures, it makes sense to me that our brains haven’t yet had time to evolve for virtual interactions to hold as much meaning as in-person ones. It’s not that I feel no sense of accomplishment if I’m working alone, but the meaning is muted by distance and virtuality. After all, what does my work matter if I’m the only witness? Having a work companion turned up the volume of my internal rewards system.

Working remotely from a place I’d never been before proved, at times, more distracting than anything because I just wanted to be out exploring. There’s time to explore after work, sure, but not everything is open then, and in my case there was more to explore than I could actually fit into my after-work hours. Never mind that I ended up exploring and re-exploring the same areas…

Though the majority of our time was spent in familiar Madrid, I spent five days solo in unfamiliar Florence. It was a great choice for a wanderluster like me, but I did not go above and beyond in my work that week. My productivity was also challenged because I wasn’t sleeping as well as I might in a place I’m more comfortable in. Even though I felt safe, I think I was naturally on high alert as a solo female (or just a solo human) in a new city where I didn’t speak the language.

Though I had little motivation to go above and beyond, I was highly motivated to finish what I needed to finish quickly so that I could go out and explore. I think if I’d been staying for more than five days, it would have been easier to convince myself to delay the gratification of exploration. Note to self for future work & travel trips: Still go to the new cities you haven’t been to before, but stay for longer than a week.

Early time zones can be a gift

Working from another time zone was actually great. I don’t think this would’ve been as delightful in a timezone 6 hours behind New York, but 6 hours ahead of my team gave me 6 hours of peace before I started to see my inbox filling up. Mondays in Madrid treated me gently, giving me space to warm up to my work and plan my day before nudging me towards anything in particular. Though, it wasn’t all so pleasant. I might’ve had a head start in the race, but the next day I’d be reminded that this is a multi-day race, and all the time I spent resting yesterday was time that my team spent catching up to me. Still, that 6 hour window while my team was sleeping gave me enough time to follow up on my 18-hour backlog of emails and get done a good chunk of whatever else I needed to do before the rest of my team was online and meetings were a thing again.

That said, I did have to take a couple late-night calls with my Seattle-based external partners. Even this was so worth the value gained from missing the window for their emails on the day they were sent. It’s like magic: seeing the email in your inbox 15 hours after it was sent conjures only a fraction of the stress I would feel seeing it 5 minutes after it was sent. By the time I saw the email, I knew the sender was off in dreamland and I had at least 9 hours before they’d even be thinking about whatever it was they’d sent. The delay allows for a much more relaxed perspective in processing the all-important external emails, a perspective which I mostly fail to remember (or fail to enforce) when I’m watching the emails come in in real-time.

Not everyone can be so lucky

I realize that I’m incredibly privileged to have a job [and finances] to be able to travel while working. If you’re someone who has the same opportunity and a love of travel, I highly recommend it. While the time zone difference was sometimes a pain, I have no hesitation in declaring that I will do this work/travel thing again. It’s a fun way to sample the "nomad lifestyle" and engage in stimulating cultural immersion without sacrificing vacation days. 10/10 would recommend.

P.S. Consider offsetting the carbon emissions of your travel if you do :) 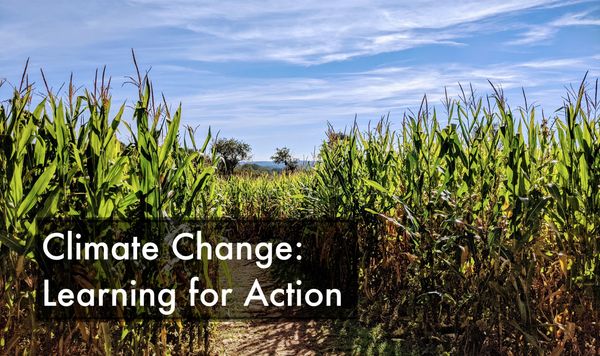 This Earth Day, I graduated from the 12-week online course known as Climate Change: Learning for Action (LFA, for short), hosted by Terra.do. 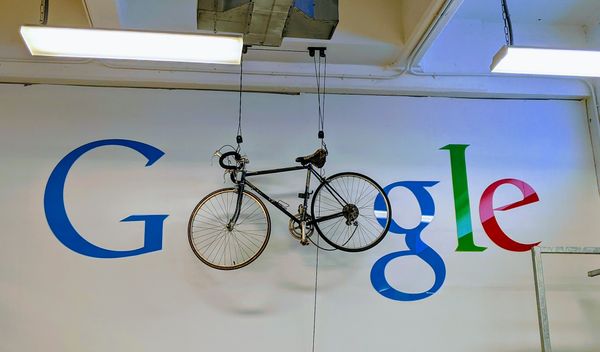 Oh, how I've longed for you, Google office. The fresh-cooked meals and snacks for days. The decidedly long hallways made shorter by scooters planted at each main intersection. The distinct absence of the bed staring over my shoulder, as it liked to do while I worked in my itsy bitsy 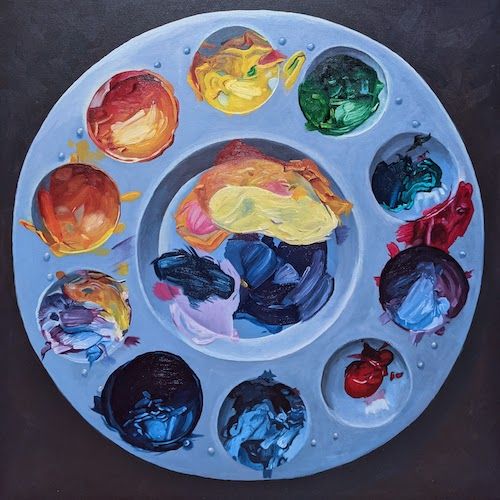 The accomplishment of finishing a painting is enough to reinforce my belief that I am a person of progress; I am energized by making, and I carry that energy into the rest of my life, including my work at Google.